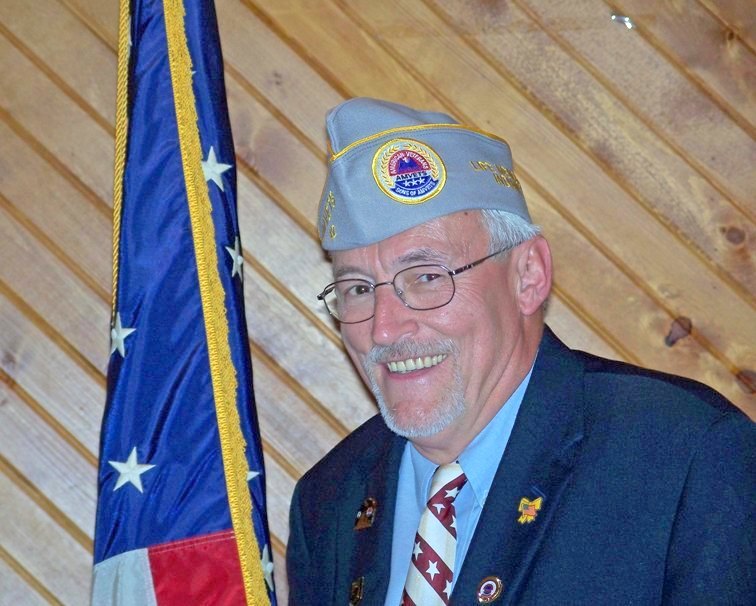 I joined the Sons of AMVETS, Squadron # 12, Muncie, IN, April of 2002, through my late father who served in WWII in the South Pacific. I was already involved with twp non-profit organizations when I joined the Sons i.e.. Volunteer Fire service (24 years), and American Red Cross(15 years Disaster Services). I was NOT looking to get involved…NO HOW…NO WAY!!!

Ok, so I started at the Squadron level as a Chaplain, and things just happened from there. I held a number of Offices locally including Commander. I got involved at the Department level when a PDC, who was serving as Chaplain, had a stroke. I volunteered to serve the reminder of his term for Department Commander Robert Hammett, PNC, in 2004-5. I also served as his Chaplain his 2nd year. I then served as Adjutant, 1st Vice and Indiana Sons Commander in 2008-2009. My involvement at the National level started as Chaplain (your seeing a theme here), for PNC Dave Spencer in 2009-2010, and rose up the Chairs from there.

Due to my involvement with the Sons, I got involved with and organization called Honor and Remember. In 2009, when our local Squadron presented a Gold Star family our 1st personalized flag, it blossomed into becoming Indiana’s 1st State Director in 2013. A couple of our organizations goals are raise awareness of the new flag symbol for those that paid the ultimate sacrifice for our freedom, and to present personalized flags to Gold Star families who have lost a loved one in service to our country.

I have had the opportunity to travel around the Country and meet lots of people from the AMVET family, but nothing has given me me greater pleasure than to “Walk of the Hill” for our Veterans issues the last (7) years (only year I didn’t was when I was undergoing Radiation and Chemo treatments for Esophagus Cancer in 2011).

Even though I didn’t wear a military uniform, it has given me great pride to serve our Country, State and Community now.