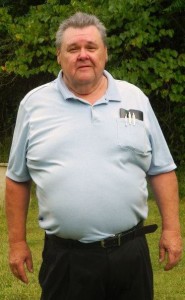 Surprise! This month I have asked the folks at The Catoctin Banner if we can skip one of Jim’s famous “Our Neighborhood Veterans” articles to take a moment to honor him and let readers know just how special Jim is to our community. Needless to say, the Banner staff felt Jim was very special also and agreed to post the article. Deb Spalding’s (Publisher, The Catoctin Banner) comments were as follows: “Jim is a friend to many Veterans and a member of many Veteran organizations. He serves as a glue between them and the community and uses his column to tie the people, the organizations, and the communities together. This is a great gift. He has always had a welcoming personality that puts people at ease. Through Jim’s column, we are able to honor people who have contributed to our community and to our country. I find his contribution to The Catoctin Banner invaluable.”

Many of us—myself included—thoroughly enjoy reading Jim’s column and learning about the local Veterans whom many of us know but have never had a chance to hear their stories. These are stories that Jim puts countless hours and effort into, and that are really a great contribution to many.

Not only does Jim put tremendous effort and time in honoring our local Veterans, but he also is, and has been, a vital asset to several local Veteran organizations. Jim has served as the Senior Vice President for the Emmitsburg VFW Men’s Auxiliary, the Commander of the Francis X. Elder Sons of American Legion (SAL), and also holds the Officer position of 3rd Vice Commander at the AMVETS Post 7 in Thurmont.

Jim recently received the Commander’s Award for Most Valuable Player. Dale Valentine, Commander of the Francis X. Elder American Legion in Emmitsburg, presented the award to Jim and read its purpose: “In Recognition of Outstanding Leadership and Service as the Leader of the Sons of American Legion Benefiting our Community, State, and Nation.”

There are some interesting things about Jim that I was able to obtain thanks to his “also awesome” daughter, Missy Houck. Jim learned to cook in his earlier days and still is a well-trained chef. He was schooled on many types of cuisine, including French and International. At one point, he had his own restaurant and bar located in Taneytown, Maryland. As a youngster, he used to set up pins at the old Emmitsburg bowling alley. Jim also enjoys fishing. Jim is blessed with two children of his own, as well as six grandchildren and twelve great-grandchildren (with another on the way). In addition, this past November 2013 was Jim’s and his lovely wife, Joan’s, 50th wedding anniversary.

Jim has an extensive background of the military through close family Veterans of his own, and knows firsthand the sacrifices that have been made by us and our country. Jim never did join the military, despite his best efforts. He’s still a very honorable man and, without a doubt, would give you the shirt off his back if you needed it. A recent article written by Jim in January 2013 read: “I now serve the best way I know how by honoring our military Veterans in print, and by having the privilege of interviewing our armed service heroes and informing our community of their life in people’s neighborhoods.”

There are so many good things to be said about Jim Houck. At seventy years old, Jim is still a huge supporter for many activities that occur locally of which many people are not aware. He’s one of the friendliest, most compassionate, honest, humble, and giving persons you will ever encounter. Without him, and the very few supporters like him in the community, many would go without.

So, THANK YOU Jim Houck and thank you to those left out there—like Jim—who find time to be active within our community. Whether your contribution is small or large, your efforts are truly appreciated.

Even though Jim is not technically a Veteran, he is still a hero in my book. Please join me in extending sincere appreciation for all of his personal time, dedication, and his many ongoing efforts.

Reprinted with the permission of The Catoctin Banner. Article written by Tony Vivell.